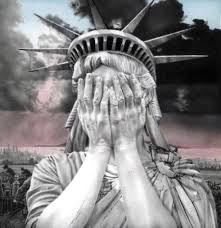 In a time when we transgender people are being assaulted and murdered at alarming rates, crafty, soulless defense attorneys have come up with a way to help their clients get away with killing you.

It’s called the “Trans Panic Defense”.
Gay and trans “panic” defense tactics ask a jury to find that a victim’s sexual orientation or gender identity is to blame for the defendant’s excessively violent reaction. The perpetrator claims that the victim’s sexual orientation or gender identity not only explain – but excuse – their loss of self-control and subsequent assault of an LGBT individual. By fully or partially acquitting the perpetrators of crimes against LGBT victims, these defenses imply that LGBT lives are worth less than others.

Think about this for a moment. The American judicial system is allowing a back door for those who would assault you or your trans friends! Its the polar opposite of declaring crimes against the LGBTQ community as hate crimes.
Outraged? Angry? Frightened? Amazed? Good!!! Because thats your impetus to effect change.
Or you have the other option… stay hidden from the world and live in fear.

Not on my fucking watch!

2 thoughts on “The Trans Panic Defense…”